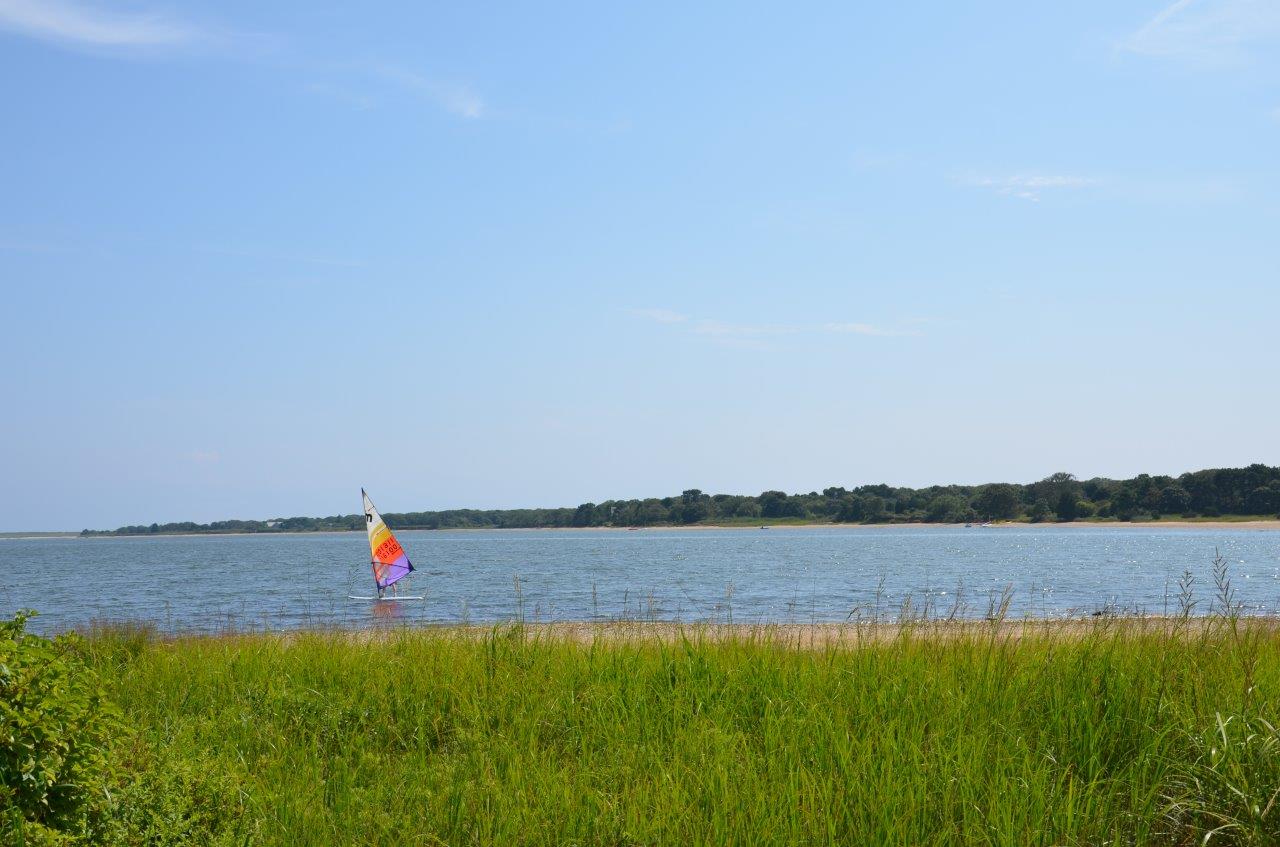 West Tisbury - West Tisbury is a quaint New England village with many historical points of interest. It has large tracts of unspoiled land, much of it still used for farming. The center of town still has the old country store (Alley's) as its centerpiece, along with the Congregational Church, the Old Mill Pond, the Grange Hall and the Town Hall.

West Tisbury was once a stopover on the long trail from one end of the island to the other by horseback or horse and buggy. Today, West Tisbury is best known for its Farmer's Market and Agricultural Society Fair. The Farmer’s Market is located outside of Grange Hall and has around 40 vendors providing local agricultural products. The annual fair features a livestock show, rides, games, contests, and other activities.

West Tisbury is home to Lambert's Cove Beach, one of the most beautiful white sand beaches on the north shore. Also, the Trustees of Reservations own a large south shore beach which is available to members of the Trustees of Reservations. Long Point Wildlife Refuge, one of the largest public properties on the island, provides access to the ocean, sheltered ponds, and grassland habitats.

Other outdoor recreational activities include kayaking and canoeing on Tisbury Great Pond, as well as year-round horseback riding at Arrowhead Farm. Freshwater swimming is popular in Seth's Pond. Polly Hill Arboretum has guided and self-guided tours of this horticultural and botanical landmark.

There are a few clothing stores and art galleries, such as Martha’s Vineyard Glassworks, The Field Gallery, and the Granary Gallery. The Vineyard Artisans Festivals bring fine local arts and crafts vendors together for the community to enjoy.

Copyright © 2023 Hancock Real Estate. All rights reserved. Unauthorized use is NOT PERMITTED. Use of text, photographs, or other media without permission is forbidden.
Privacy Policy